Social media has turned many actors into virtual panhandlers: disheveled opportunistic beggars seeking the most gains while exerting the littlest of effort for gaining success.

Social media has turned many actors into virtual panhandlers: disheveled opportunistic beggars seeking the most gains while exerting the littlest of effort for gaining success.

Delusional dreamers believing that if they merely exist online with a headshot thumbnail or hyperlink connecting to their reel, or announce that their most recent nano-second background appearance is worthy of soaring their IMDB Star Meter ranking 1/64ths nearer a micro nudge to obscurity; stardom and well-deserved attention will be bestowed upon them. Yes, they will receive a reaction: as does a moth fluttering wildly towards a bug lantern only to be zapped into extinction.

Professionals who nod or nay opportunities of employment to actors are often bombarded online with ineffective, initial (and repetitive) engagements by actors like the following hapless seekers for handouts:

Why would a talent employer have an interest in the above desperates? Because they’re actors among thousands of actors? I’m waiting for an answer beyond that ineffective simplicity, and these actors are not providing insight.

The above differ not from sidewalk panhandlers you and I encounter daily. We know nothing of them other than the subtext of their plea which is, “Give to me because I exist.” A general reaction? As many of your compatriots might react on the street to a panhandler: dodge and push onward. Little insight of the actors’ skill-set is offered. What is learned is that the actors are potentially lazy, narcissistic, plus in-effectual marketers.

Want the employer side of the casting table (directors, producers, writers, casting, and talent representation) to know you? Let us get to know the person before the product. And getting to know you does not include actors like several on my Facebook feed who are habitual narcissistic masturbators. Daily they post new selfies of their mug. One offender hourly updates his status with “news” of potential hair color change, or posts pics of himself in past productions which scream a desperate sub-text of “Look at me! Look at me, please? I’m not getting attention that nourishes my overly fragile self-worth! Someone please, love me?!”

More offenses: Don’t tag job-providers in your “Look at me posts!” Don’t add, without consent, job-providers to your Facebook group(s), and ‘fan’ pages.

Want to be effective at leveraging social media for your platform of engagement to build a stronger career? Stop begging for attention. Share life. Don’t confuse living with what you do for a living. Let gate keepers get to know you as a person, not a panhandler entity desiring upward career mobility. 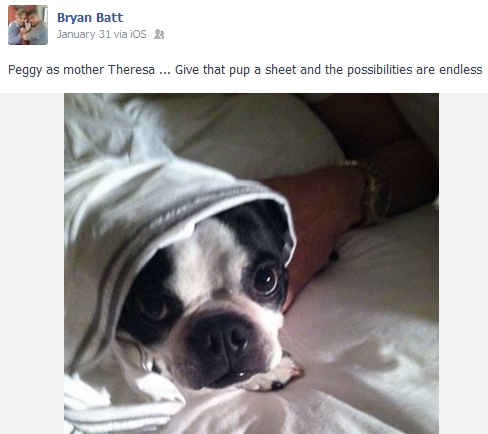 The prior actors with successful careers, earned success in part because they engage their career social network as if true friends. Any business, whether civilian or arts related is based on the same foundation of building, and sharing honest relationships.

5 Tips on How to Engage & Keep Your Social Media Audience:

Example: Paul Russell Casting goes beyond offering only casting notices to our followers by adding informative content like this post here at Answers for Actors and via other online publishing outlets, plus daily industry tips better known as TODAY’S TIPS via all our platforms.

If you’re going to exploit employment providers for your career’s benefit, they’re well aware of what you’re doing. Leveraging employment facilitators solely for potential work, and not engaging them for the souls they are does not get you into the human consciousness. Exploitation closes minds, not open doors.