The disrespect I get from actors about how they are not available for an audition is disgusting.” 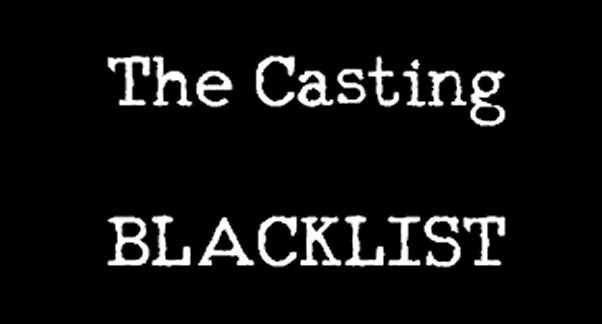 The disrespect I get from actors about how they are not available for an audition is disgusting.”

Yes, between an actor submitting and the casting director contacting the actor with an appointment, the actor’s schedule and circumstance may have altered to be that they are legitimately not available for the project and/or audition. Completely understandable. But when the percentage of turn-downs of appointments rises to near a quarter from the actors asking for an appointment (which happens) and the percentage of actors out of work is in the 90s percentile: too many peer actors are playing catfish with casting.

When a casting director receives submissions the process likely follows this process:

Why the ranking? Because 1st and 2nd choice actors desired to be seen who are submitted by agents have a 50-50 chance of passing on the audition for various reasons. Enter the 3rd choices… 4ths and 5ths.

Most casting directors do not schedule the actors by happenstance. The experienced casting director methodically plans to the actors’ and projects’ best interest plotting which actor is seen in relation to the other actors being called in.

When working simultaneously on a motion picture and casting for a regional Shakespeare festival I experienced great anxiety as I kept losing actors I wanted to call in for the festival. My casting colleague who only knew the luxury of major studio casting said to me, “Oh, Paul you only need one person per role.”

No. No, I don’t. In casting there’s a phrase we use at the table… “How deep are we?” Meaning: if our first choice who auditioned passes, and then our second choice who auditioned passes how deep can we go until we’re forced to begin the entire process again with actors not seen? A casting director who can’t go deep in one audition round is the casting director who retires to a MACY*S perfume counter.

The casting director places great concentration and effort in accepting and reviewing actor submissions. Respect by a portion of actors seems to be dwindling for the process and dedication to actors being considered for an audition appointment: of which there too few. A producer’s budget is the true gatekeeper.

When an actor submits on a project casting directors regard the actor’s submission as a commitment to:

If an actor cannot answer ‘Yes’ to the preceding commitments: Do Not Submit for an Audition.

The old-school, foolish thinking: “Oh, I’ll just submit myself to keep my face in the casting director’s eye” is b.s. An actor submitting for consideration to a casting director for a possible audition appointment is no different than proposing to a romantic interest, “Would you be interested in a date?” If the person of desire answers “Yes” and then the inquirer replies “Only kidding. Not interested.” how much time do you think there will be before a palm stings a cheek?

An actor submitting to casting because they are a marketing flirt will leave the actor with few professional romances in this industry.

How to Get Casting Director & Talent Agent Attention

How to Get Casting Director & Talent Agent Attention

One pivotal, pro-active, career-changing step delivered actress Holly Williams five continuous years of 365 days-per-year of union principal work plus paid vacations and benefits. Holly also received multiple agent meetings and representation. Gonzalo Trigueros booked a principal role in his first film after he, like Holly, discovered how to snare successfully the attention of both casting and representation.

Fall casting for screen projects, Broadway, and regional theater is in full swing. An actor nabbing the eyes and ears of casting, directors, and/or representation while among their crowded peers is never an easy task. Sometimes, the actor feels as if they’re screaming into the wind while no one is listening. An actor need not scream. An actor must navigate the gales to be the sole breeze caressing the ears of their targets. How did Holly, Gonzalo and do your competitive peers be that successful breeze? They take control of their careers, and never apologize for their boldness. Like fellow pro-active actors who land screen projects, Broadway, and/or representation these step-forward actors began their winning marathon here: Paul Russell Casting. I’m just a signpost. Actors choose to either ignore, or take advantage of my direction pointing actors to their desires. Holly and Gonzalo chose to follow and charge ahead:

Drive your career for longevity in four, short weeks as you and I along with 3 entertainment industry executives work together to bring home your goals. A month-long intensive to embolden your career for the long haul:

Pinpointing, leveraging & effectively branding your individuality. Includes: creating dynamic actor web sites (including mobile friendly), email campaigns that gain entertainment industry attention (without being lost to spam), and smartly leveraging social media and the digital revolution to an actor’s advantage to make each actor rise above the competition. Plus, ensuring your hard-copy marketing gets seen by gatekeepers: guaranteed.

WEEK 2: Mastering Every Audition – Getting Jobs

How do some actors get more call backs & job offers? We target the behind-the-casting-table insights into what makes each actor’s individuality excel while in the audition room. Utilizing audition scenes—from current screen and theatrical projects—I and my assistant work with each actor to command every audition encountered.

A reinforcement session to audit and increase improvement on commanding every audition room, improving text analysis, and discovering an audition and interview wardrobe that is unique to you, and tells casting and talent representation, “This is who I am. Embrace it.”

Q & A preparing the actor for the panel.

An open Q & A with a panel of entertainment executives who represent actors as principals in major-studios films, TV series, Broadway, national tours, and regional theater.

Then… each actor is individually introduced by me to panel members. The actor presents their new and improved skills discovered from the prior 3 weeks of my personal guidance.

The evening culminates with individual feedback for each actor as provided by the panel.

Two-dozen universities from Yale to Elon to Wright State annually invite me share my NYC master classes on their campuses with their acting-major seniors. You can get a jump on those actors now sharing with the entertainment executive panel what you and I worked on together to showcase your improvements.

Show us what you have and desire. Let’s get to work, my friend.

As a director featured in American Theatre Magazine Russell worked with legendary playwright John Guare directing the regional premier of Mr. Guare’s A FREE MAN OF COLOR. Paul also directs for the TONY-winning Barter Theatre, and in New York.

Paul is the author of the best-selling acting book for actors ACTING: Make It Your Business – How to Avoid Mistakes and Achieve Success as a Working Actor (Penguin Random House). He teaches master classes at over two-dozen universities including: Elon, Wright State University, Illinois Wesleyan University, Rutgers University, Emory & Henry College, and Louisiana State University. Russell taught the business of acting for NYC-Tisch‘s acting program at The Atlantic Theatre.