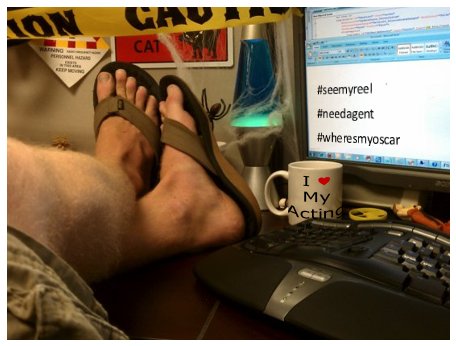 Are a number of millennial actors the exemplification of dependent?

“The counts of the indictment are luxury, bad manners, contempt for authority, disrespect to elders, and a love for chatter in place of exercise…

Children began to be the tyrants, not the slaves, of their households. They no longer rose from their seats when an elder entered the room; they contradicted their parents, chattered before company, gobbled up the dainties at [the] table, and committed various offences against Hellenic tastes, such as crossing their legs. They tyrannised over the paidagogoi and schoolmasters.”

A farm silo outside of Flemington, New Jersey caught my attention during a weekend jaunt to New Hope. It’s atypical of the silos of my rural youth; a white cylinder capped by a metallic yarmelke. But under its brim sprouted modern fixtures. Emitters. Cellular antennas. A savvy additional form of revenue generation for farmers beyond the plethora of autumn haunted hayrides that prevent shrinking acreages from blooming more McMansions. And that got me thinking. If I had a silo, who would I contact to lease-out my grain storage’s exterior as a cell tower?

When I began teaching actors how to be better actors, become smarter business actors, and most importantly to independently manage their career I received many questions from students that possibly only I could answer. But often came questions from a percentage of millennial actors the answers of which I had previously provided during earlier lessons. Some millennials asked questions that a Baby-Boomer not associated with the arts could remedy themselves the correct answer.

During the first hour of the first class I inform actors of directories (both hard copy and apps) listing the contact information for entertainment’s gatekeepers. Directories that need to be refreshed with a purchase EVERY 6 months because rocketing rentals on real estate continually force gatekeepers to relocate. Talent agencies and casting offices are the denizens of our landlords’ Anatevkas.

When the industry panel evening arrives I place a reading order of the actors (for the actors) on the outer glass of the audition studio’s door. At the bottom of the order I include the contact information of each attending industry person. I’ve done this because I’ve grown exasperated by too many millennial actors who on the final night of a four-week class routinely demand I provide the street addresses of the panel members. Gatekeepers they’ve known for possibly two months they’re going to meet. Gatekeepers listed in those directories I instructed the same questioning actors re-fresh every 6 months. The older actors rarely ask.

Besides my routinely offering the 20-somethings answers prior to their asking the questions… there must be a modern invention to assist their querying minds. A brainchild wonder that existed primarily in fiction during my day of being an actor when typing a résumé involved a ribbon, White-Out, and a hardware store’s photocopier. Something… oh, I don’t know, some thinking contraption that would help them search and find the answers at their fingertips?

When home from my New Hope trip I was curious about that Flemington silo. If a silo owner and I wanted to generate additional revenue without hiring high school age “actors” to stalk my fields every October, where would I begin? I typed into Google’s search field: Cell phone tower leasing. Hundreds of answers populated my browser’s window. Eureka! If a farmer, I was suddenly rows ahead of my fellow dirt tillers and teat pullers.

Too many millennial actors I encounter seem mystified and/or unaware of the Internet’s technology that is synonymous with their generation. Questions bombard me near daily via email, social networks, and in person. Inquiries easily answered if the questioner utilized the Internet with minimal effort. No catching a train or bus to a library to paw fingertips through yellowing directories, or books published from when your grandfather’s swimmers were sprite with butterfly strokes. Today up-to-date information from around the globe is literally in the palm of our hands whenever needed from virtually anywhere we might likely be; even if that includes orbiting our planet. But a disturbingly high percentage of millennial actors ask others for answers before investigating the results independently. They’re virgins to self-accomplishment. How do these self-hobbling intellects of non-inquisitiveness order for delivery a vegan, gluten-free, non-GMO pizza?

I’ll spare you the millennial actors who register for and attend the four-week class—who are continually made
aware the names of the attending panel participants—but then ask minutes before the panel arrives, “Who are we meeting tonight?”

Beyond older peer perception of the youth that trails them not being industrious as the older generation; are millennials truly any more intellectually lackadaisical, or self-entitled than the perception of their preceding generations including my own? Look to the 1907 quote by Kenneth John Freeman as a potential answer. If that answer doesn’t satisfy…